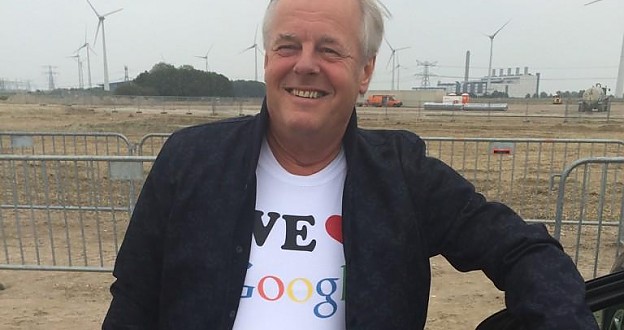 From X = Y:
A few months later, when it was revealed that Google was behind Saturn, Harm Post, director of Groningen Sea Ports, commented: "Ten years ago Eemshaven became the laughing stock of ports and industrial development in the Netherlands, a planning failure of the previous century. And now Google is building a very large data centre here, which is 'pure advertisement' for Eemshaven and the data port."[1] Further details on tax cuts were not disclosed and once finished, the data centre will provide at most 150 jobs in the region.

The following 3 pages link to this file:

This file contains additional information, probably added from the digital camera or scanner used to create or digitize it. If the file has been modified from its original state, some details may not fully reflect the modified file.
Retrieved from "https://www.mondotheque.be/wiki/index.php?title=File:I_love_google_groningen.jpeg&oldid=8221"
Categories:
Facts about "I love google groningen.jpeg"
RDF feed