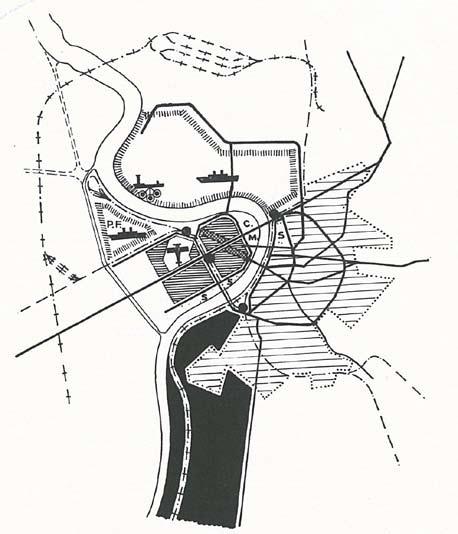 No higher resolution available.
All_systemantwerp.jpg ‎(458 × 534 pixels, file size: 38 KB, MIME type: image/jpeg)
From From Paper Mill to Google Data Center:
In a sense, data centers are similar to the capitalist factory system; but instead of a linear process of input of raw materials to output of material goods for mass consumption, they input mass data in order to facilitate and expand the endless cycle of commodification – an Ouroboros-like machine. As the factory system enables the production of more goods at a lower cost through automation and control of labor to maximize profit, data centers have been developed to process large quantities of bits and bytes as fast as possible and at as low a cost as possible through automation and centralization.

From X = Y:
In these proposals, Otlet's archival infrastructure was shown in interaction with the existing city flows such as industrial docks, factories, the railway and the newly constructed stock market.[1]The modernist utopia of a planned living environment implied that methods similar to those employed for managing the flows of coal and electricity could be used for the organization of culture and knowledge.

The following page links to this file: