Gurgling sounds from a not-so-distant corner of the chaos dump make heads simultaneously rotate in the direction of the TV screen, where a documentary has just started with a drone's-eye view over a city of lined-up skyscrapers. Early on, the commentator breaks into unwitty superlatives and platitudes, while the soundtrack unnecessarily dramatizes a 3D layering of the city structure. Despite all this, the mood on the couch is patient, and viewers seem to absorb the vignetted film. “A city like no other, as atypical as Cappadocia,” explains the low trepid voice from the box, “a city whose peculiarity owes first to the alignment of all its elements, where street follows street in a parallel fashion like in linear writing. Hence, reading the city acquires a literal dimension, skyscrapers echo clustered block letters on a line, and the pedestrian reader gets reduced to the size of a far-sighted microbe.” 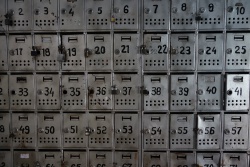 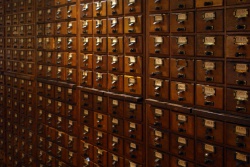 Minutes into the documentary, the micro-drone camera zooms into the silver district/chapter of the city to show another set of its features: instead of steel and glass, what from afar appeared to be ordinary skyscrapers turn out to be “300-meter-tall lofty towers of mailbox-like constructs of dried skin, sprayed on top with silver paint for rims, and decorated with huge love padlocks. A foreboding district for newlyweds?” [nauseating atmosphere] Unable to answer or to smell, the mosquito-sized drone blinks in the direction of the right page, and it speedily approaches another windowless urban variation: the vastest area of city towers – the Wood Drawers District. “Despite its vintage (here and there rundown) aura, the area is an exquisite, segregated space for library aficionados, designed out of genetically-engineered trees that grow naturally drawer-shaped with a remarkable capacity for self-(re)generation. In terms of real proportions, the size of a mailbox- or a drawer-apartment is comparable to that of a shipping container, from the alternative but old housing projects…” bla bla the furniture bla... [that chaos corner, so remote and so coal black / that whole atmosphere with blurred echoes beclouds my reasoning / and right now, I'm feeling nauseous and cursed with all the words in an unabridged dictionary / new deluxe edition, with black covers and golden characters]

In front of the place where, above a modest skyline, every single morning [scholars'] desks conjoin in the shape of a multi-storied pyramid, there's a sign that reads: right here you can bend forward, place your hands on your back, press down your spine with your thumbs and throw up an index card, throw out a reality version, take out a tooth. In fact, take out all that you need and once you feel relieved, exchange personas as if in an emergency situation. Then, behind vermillion curtains, replace pronouns at will.

[Might this have been a pipe dream? An intubated wish for character replacement? {Name crossed out} would whisper C E E H I N N O R T as place name] 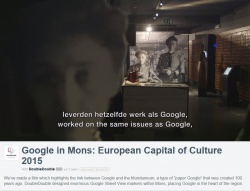 
To be able to name everything and everyone, especially all the shades in a gray zone, and then to re-name, re-narrate/re-count, and re-photograph all of it. To treat the ensuing multilayered landscape with/as an infinitive verb and to scoop a place for yourself in the accordion of surfaces. For instance, take the first shot – you're being stared at, you're under the distant gaze of three {words crossed out; illegible}. Pale, you might think, how pallid and lifeless they appear to be, but try to hold their gaze and notice how the interaction grows uncomfortable through persistence. Blink, if you must. Move your weight from one leg to the other, and become aware of how unflinching their concentration remains, as if their eyes are lured into a screen. And as you're trying to draw attention to yourself by making ampler, pantomimic gestures, your hands touch the dark inner edges of the monitor you're [boxed] in. Look out and around again and again... 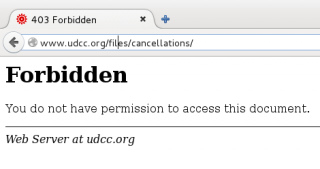 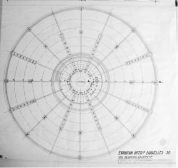 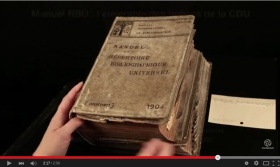 Some {Same?} damned creature made only of arms and legs has been leaving a slew of black dots all over my corridors and staircases, ashes on my handrails, and larger spots of black liquid in front of my elevator doors on the southern track – my oldest and dearest vertically mobile installation, the one that has grown only ten floors high. If I were in shape, attuned and wired to my perception angles and sensors, I could identify beyond precision that it is a 403 cabal plotting I begin fearing. Lately, it's all been going really awry. Having failed at the character recognition of this trickster creature, the following facts can be enumerated in view of overall [damage] re-evaluation, quantification, and intruder excision: emaciating architectural structure, increasingly deformed spiraling of brown marbled staircases, smudged finger- and footprints on all floors, soddened and blackened ceilings, alongside thousands of harrowing fingers and a detection of an insidious and undesirable multiplication of {word crossed out: white} hands [tbc]. 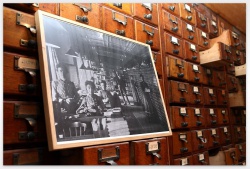 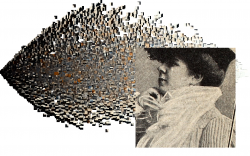 Out of the blue, the clock-horse dislocated particles expand in size, circle in all directions like giant flies around a street lamp, and then in the most predictable fashion, they collide with my escapist reminiscences multiple times until I lose connection and the landscape above comes to a [menacing] stillness. [How does it look now? a scarlet-haired question.] I'm blinking, I'm moving my weight from one leg to the other, before I can attempt a description of the earth balls that stagnate in the air among translucent tentacles [they're almost gone] and floating dioramas of miniatures. Proportions have inverted, scraped surfaces have commingled and my U-shaped. reality. and. vision. are. stammering... I can't find my hands! 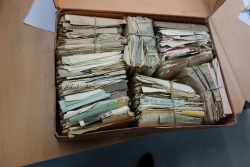 --Ospal (talk) 09:27, 19 November 2015 (CET) Here is where the transcript ENDS, where the black text lines dribble back into the box. For information on document location or transcription method, kindly contact the editor.